Without a doubt, this has been one of the most challenging projects that we undertook at JVBDesignworks. Mainly because of its location to which we took numerous trips over the past few years. Each time it took us two hours to get there by car from Ljubljana driving through the winding roads. The house is situated on an amazing rural location under the beautiful mountain Krn just at the beginning of the Triglav National Park. And such a unique place comes with its challenges. 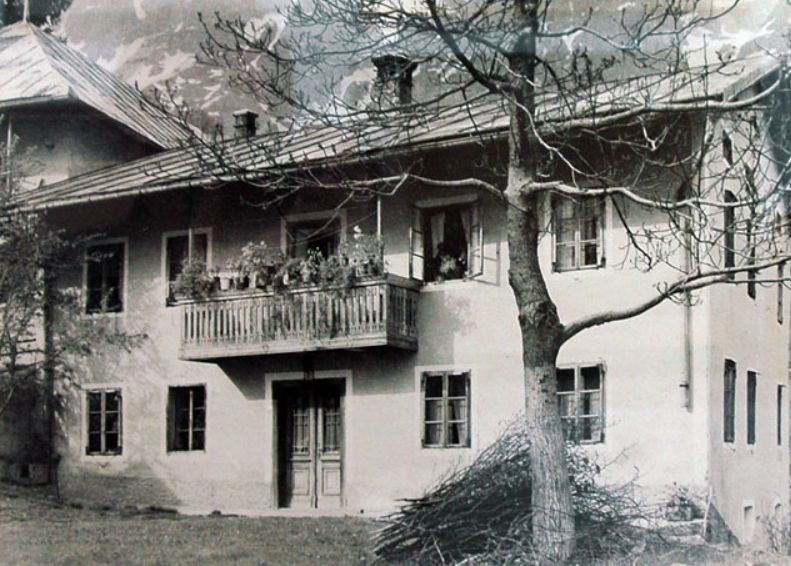 Why is this house so special? Simon Rutar, a Slovenian historian,  archaeologist and geographer who left an enormous literary legacy of 333 bibliographic contributions behind, spent his early youth there. In 1951, the Tolmin Museum added a memorial plaque to the facade of the house in his memory. The house has previously been owned by an Englishman who started with the renovation and left his heart there. Bringing such an important site back to life has truly been an honour.

Our client, who will be renting the house out through Slovenia estates, wanted to create an authentic as well as a luxury destination for people looking forward to spending their holiday in a rural natural part of Slovenia. For that reason, no expense has been spared when acquiring high-end materials. Many narrow streets and steep roads leading to the house prevented our suppliers from bringing all the materials, heating systems, equipment, furniture etc. with trucks to the top. All the cargo had to be unloaded at the bottom of the mountain and loaded on the smaller vans bringing it to the site. And ultimately all the trash and waste had to be brought down to the valley with us.

Combining high-end furniture with a few original pieces that were left at the site and have been restored we wanted to give people a luxury feeling of staying in a historic house. Each room has been decorated in its own unique way and within one colour scheme. One can observe the detailed decorative items such as light shades and pillows with beautiful prints of nature and animals. Furthermore, we decided to use tartan fabric throughout the house. Although this fabric originates from Scotland we felt it suits perfectly the natural setting of the house. Also because it is made 100% from woven wool.

On the top floor, there was an empty attic that we converted into space dedicated to the children. As the space had very low ceilings we decided to stick with the white colour scheme. Also because it creates a feeling of being in a cosy children's' hospital. By adding a Velux window, we brought more natural light into the middle of the room. At the same time, we created an opportunity to observe the night sky unspoiled by the city lights. The children's room is connected to a smaller living area and a bathroom that has been especially challenging to finish. In the shower cabin, there was a whole in the shape of a cross that had been used for natural ventilation. Instead of closing it with bricks, we decided to maintain its original shape and create a window. For people not to feel exposed by showering by a window, a double glazed coloured glass reflecting the colour of the tiles had been made. Because of the winding roads, this glass broke twice on the way to the site. But the end result was, however, worth the effort.

Before & afters about this project